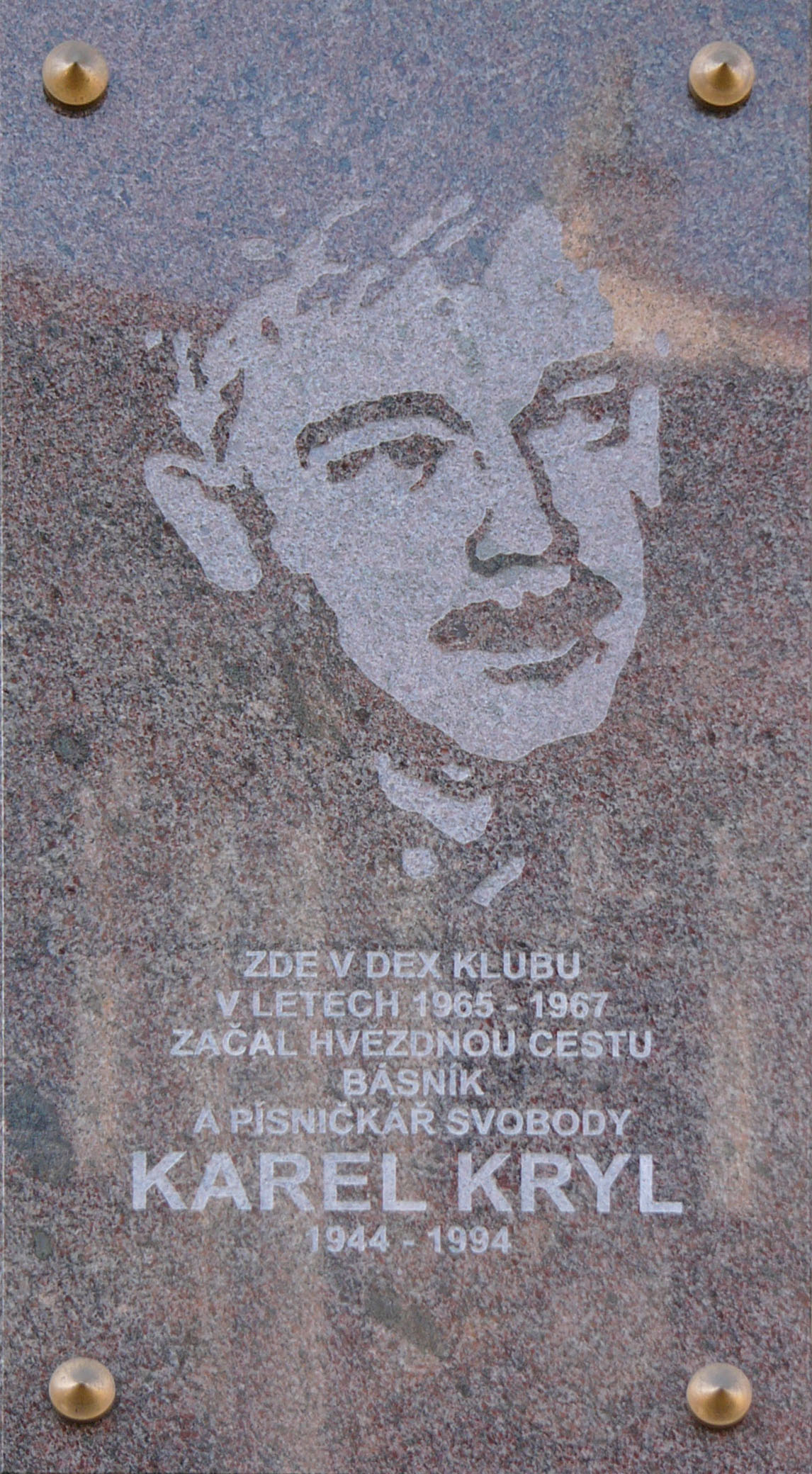 Karel Kryl (April 12, 1944 Kroměříž – March 3, 1994 Munich) was an iconic Czechoslovak (Moravian born and Czech speaking) poet, singer-songwriter and author of many hit protest songs in which he identified and attacked the hypocrisy, stupidity and inhumanity of the Communist (and later also the post-communist) regime in his home country.

The lyrics of Kryl's songs are highly poetic and sophisticated, with perfect rhyming and a frequent use of metaphors and historical allusions. The sparse sounds of his guitar served to underscore the natural flow of the lyrics themselves. In certain respects—especially the complexity of his lyrics, his accompaniment by a single acoustic guitar, and also his great popularity—Kryl was similar to a young Bob Dylan. However, unlike Dylan, the Czech singer had a smooth and pure, though forceful voice, which gave a hauntingly moving quality to his mournful lyrics.

Having lived for twenty years in forced exile, he was initially keen on the collapse of communism in his country, but very quickly he became bitterly and uncompromisingly critical of the new regime and its protagonists as well, including Václav Havel, and especially of those who were responsible for the dissolution of Czechoslovakia in 1992. Provided by Wikipedia
Showing 1 - 4 of 4 for search: 'Kryl, Karel, 1944-1994', query time: 0.03s
List  Tabulka
Search Tools: Get RSS Feed — Email this Search —
Loading...